Zmievi Vali — ancient earthen defensive structures, common in Europe, in particular in the USSR (territory of Ukraine, Moldova, Belarus).  In Transnistria, they  known as Trayanovy Vali. In Ukraine — over 2000 km, including in the Kiev region — approx. 800 km. A wide and deep moat ran along the floor side of each Val. The Vali supplemented by other defensive structures, in particular, escarpments.

The length of some Vali is from tens to hundreds of kilometers, the width of the base is from 8 to 22 m, the height in some places even now reaches 9 m.

Zmievi Vali best studied in the Kiev region. A number of areas discovered here, largely surrounded by rivers (see map). Remains of Vali found along these rivers and in the interfluves, where the Vali protected the space between the rivers. There are sections where the Vali run in front of the rivers, protecting them.

Small round settlements known along the line of the Vali or near them, the perimeter of which is approx. 200 m.

Radiocarbon analysis of wood (a charcoal) from the Vali base showed that the fortification systems created from the 2nd century BC up to 7th century AD. A.S.Bugai. 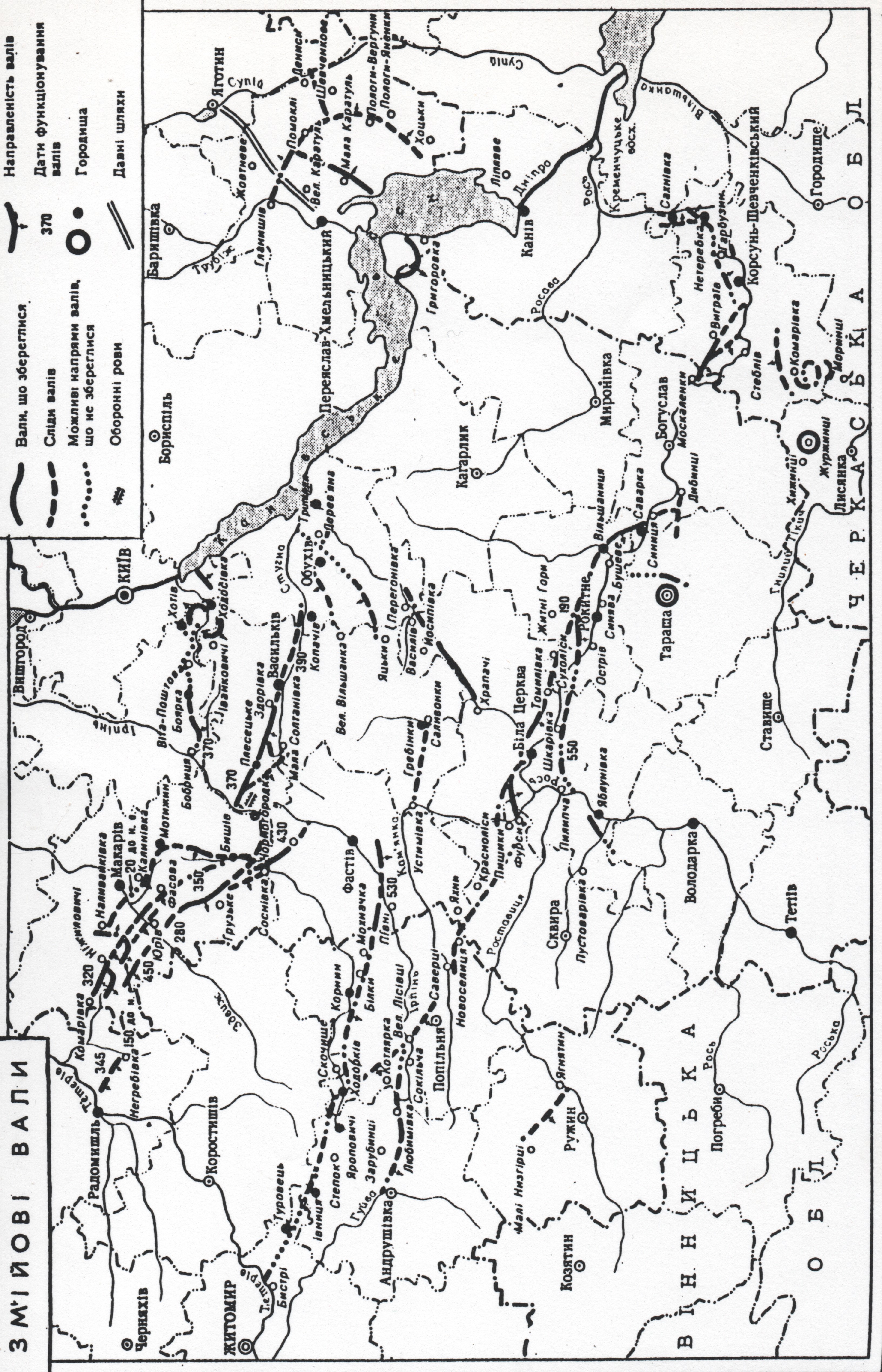 The numbers near the Vali indicate radiocarbon ages. On the map below, these numbers are highlighted in red. 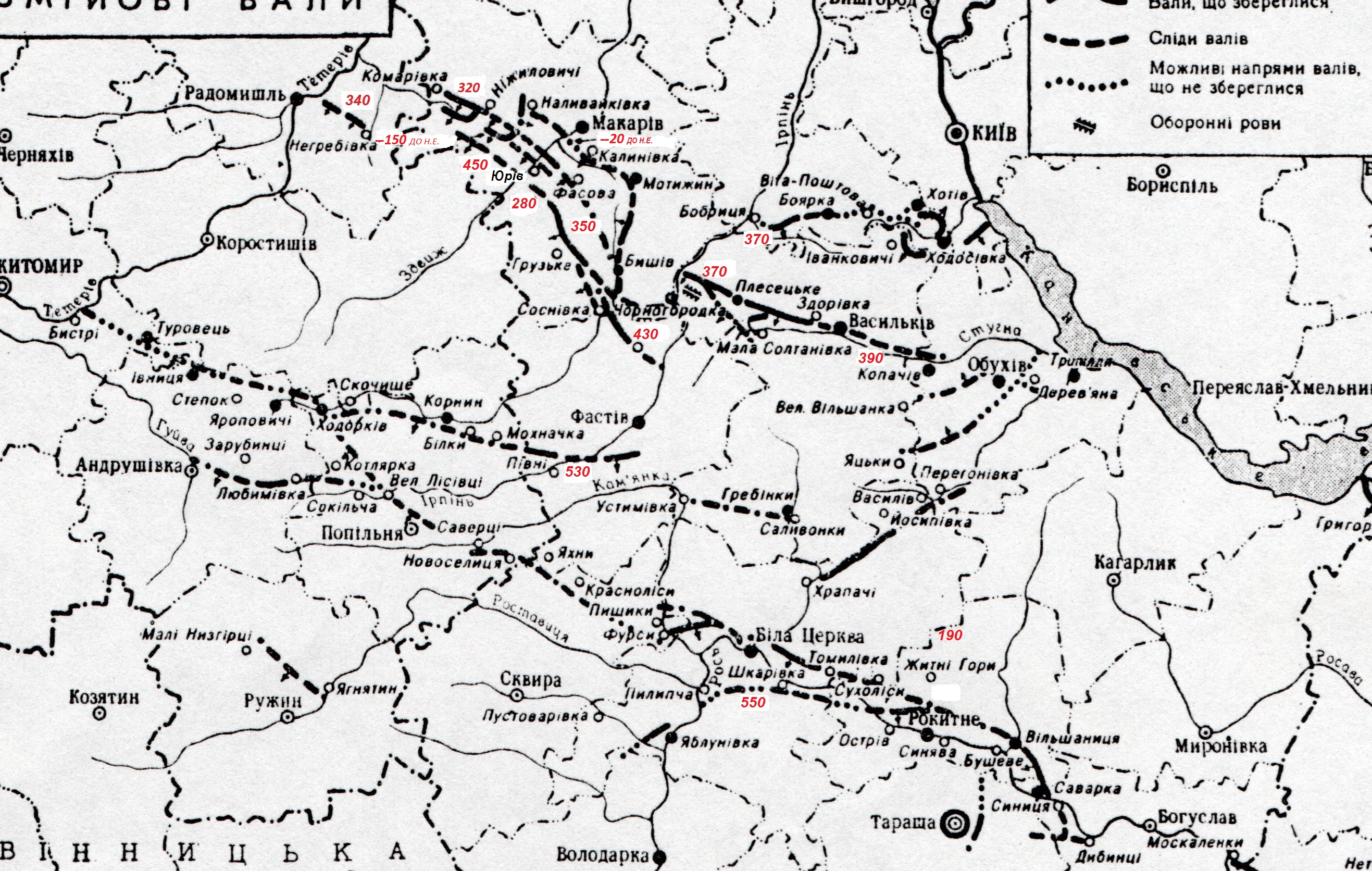